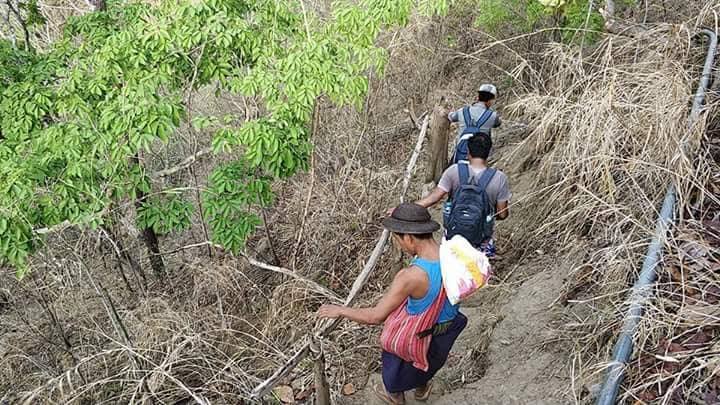 Between November 5-11, 2017, PACE conducted a survey to assess citizen’s opinions on their democratic aspirations, with 2,808 interviews nationwide. The respondents were selected using proven statistical methodologies, and interviews were conducted by 343 well-trained enumerators in 254 townships. The main purpose of this survey is to inform stakeholders who are involved in policy making and implementing projects to promote Myanmar’s political transition process with the gaps, barriers and citizen’s aspirations for their country, with the ultimate goal to help ensure that citizen needs are met.

Even though there were no significant changes in the political institutions established by the 2008 constitution, the 2015 general elections were an important turning point in Myanmar’s political transition. The National League for Democracy (NLD), whose victory in the 1990 elections was ignored by the military, in 2015 won 79 percent of the seats in the national Parliament and formed the first democratically-elected government. However, several major challenges remain for the government and the country: constitutional reform to meet democratic standards and the political aspirations of all ethnic peoples; reforming the political institutions inherited from the previous government; improving the record on human rights, rule of law, peace and armed conflict; ethnic minority issues; religious intolerance and racism; and economic development and infrastructure development.

Public opinion surveys often measure the level of interpersonal trust to demonstrate the quality of social, economic and political relations among people in a society. PACE asked respondents if they thought that “most people can be trusted OR that you need to be very careful.” Three quarters (74%) said they need to be careful when dealing with people. There is no difference between states and regions, urban and rural, and men and women. This represents a dramatic drop from the post-election environment in 2016, and represents a level of interpersonal trust similar to what had been observed prior to the 2015 elections.

Tolerance for people from different backgrounds

One of the hallmarks of a democratic society is people’s ability to embrace, or at least tolerate, those aspects that make us different from each other, be it religion, ethnicity or political views. To assess the level of tolerance among Myanmar citizens, PACE asked respondents a series of questions related to their comfort around people with different religious backgrounds or political views. The questions also assessed whether the level of comfort or discomfort was different depending on how close the interaction was.

Overall, the level of citizens’ level of comfort interacting with someone from different religions depend on how close that relationship would be. Also, religion appears to be a stronger source of comfort or discomfort than having different political views.

According to the findings, people across Myanmar feel more comfortable around people who share the same religion. However, even when controlling for the respondents’ religion, PACE found some differences in citizens’ level of tolerance. For people with specific religions, PACE found that overall respondents were more comfortable if they lived in regions or urban areas, or were men, and more uncomfortable if they did not complete high school or identified as Bamar.

Tolerance towards a boss with different religion and different political views

Tolerance towards a neighbor with different religion and different political views

A high level of involvement in civic activities in community groups such as social organizations, worker associations, cultural groups or sports groups is an indicator for higher level of social capital such as interpersonal trust and social networks, and is related to a higher level of political participation. Civic participation also is a fundamental element for democratic values and strong democratic institutions. Especially for a country like Myanmar that has been under an authoritarian regime for half century, citizen participation in civic and political activities is crucial to the country’s political transition.

When PACE asked if respondents were interested to participate in civic activities in the future, 40% indicated that they were interested in participating in social service activities, 20% in cultural groups, 16% in worker associations, and 9% in sports groups.

Top Reasons for not participating in political activities

Overall, there is a large degree of apathy, based on the proportion of respondents who said that they were either too busy or not interested. On the other hand, it appears that some people did not have the opportunity to participate, either because activities did not happen in their areas (more likely in rural areas), or because they were not invited to participate. Women were more likely to respond that they did not participate because they were not heads of their households, reflecting the effect on women’s political participation of local politics being based on households, not citizens.

As inclusiveness is one of the most important principles for democratic elections, it is important for all electoral stakeholders, including electoral management bodies, political parties and civil society organizations, to make sure that all citizens are able to cast their votes on election day. To understand if there are any institutional or administrative barriers to voting, PACE asked Myanmar citizens who are 18 and above if they would be able to cast their votes if there were general and local-level elections in the weekend following their interview. Most citizens (more than 85%) believe that they would be able to vote in both general and local level elections. There is no difference based on respondents’ gender, or whether they live in states or regions, wards or villages.

The main reasons why some respondents think they would not be able to vote are lack of interest, administrative issues such as lack of proper identification or an incorrect voter list, and institutional issues like being ineligible to vote. Despite the fact that current legislation allows only one representative per household to vote in local elections, citizens in general thought they were as likely to be able to vote in local elections as in general elections.

Priority problems at the national level

Since participatory policymaking is one of the best practices in good governance, it is important for the elected officials in Myanmar to understand and take citizens’ concerns of local and national level problems seriously into consideration when designing public policy and projects. PACE asked the respondents what kinds of problems Myanmar as a whole is facing now. Issues related to conflict and peace are the most mentioned by the respondents, followed by the economy, government services and infrastructure, and law and order. Issues related to the environment and constitutional reform were the least mentioned.

Respondents from regions and states shared priority issues such as peace and conflict, economic policies, infrastructure, and religious/ethnic tensions. However, respondents from the regions included the cost of living, while those from states mentioned education as part of the priority problems at the national level (Table 1).

Priority problems at the community level

When PACE asked about the most important problems at the community level, issues related to government services, infrastructure and the economy were the most mentioned, followed by law and order, and conflict and peace. The environment and constitutional reform were the least mentioned.

Top important issues at the community level by gender

Performance of Members of Parliament and the Government

Performance of Members of Parliament

PACE asked the respondents how they would rate on a scale (where 1 is very poor and 5 is very good) the performance of their Pyithu Hluttaw MPs in terms of:

Since it took office in 2016, the government publicly announced that 2017 would be the year of peace. Accordingly, it has been organizing the 21st Century Panglong Peace Conference and related activities. PACE asked the respondents if they were aware of conferences, workshops, meetings and dialogues related to the peace process. More than half (56%) said that they were aware of those activities. Citizens are more likely to be aware of these activities if they are men (62%), or live in regions (60%) or urban areas (71%).

Perception of the process

When PACE asked the respondents who were aware of the peace process whether they thought it is proceeding on the right direction, more than half (60%) said it was on the right track. When PACE asked whether it is advancing too slowly, too fast or at the right pace, nearly half of the respondents (46%) said that the peace process is progressing at the right pace. Respondents from states were more likely to answer that the current process is too slow.

Currently, various stakeholders such as the government, military, ethnic armed groups, parliament, political parties, local civil society organizations (CSOs) and international organizations are involved in the process in some capacity. PACE asked the respondents who were aware of the peace process which of these stakeholders best represent their interests. A plurality (39%) of the respondents said that the government best represents their interests, followed by the Tatmadaw and Parliament. A smaller proportion responded ethnic armed groups (6%) or political parties (4%).

Since 2012, CSOs have played an important role to promote public awareness and public participation in the peace process. In order to understand to what extent those activities have reached the public and to be able to plan future activities strategically, PACE asked if respondents were aware of peace-related activities organized by CSOs during the last year within their areas. One third of the respondents (34%) said that they did not hear of any activity being conducted within their areas. Respondents were most aware of conferences (13%), rallies (12%) and educational campaigns (10%). Respondents from the regions were more likely to report that there were no activities in their areas.

In this survey, PACE measured not only citizens’ awareness of CSO peace-related activities, but also their actual participation in the process. Very few people (14%) reported that they have participated in peace-related CSO activities, and only less than a quarter indicated that they would like to participate in the future. Respondents were most interested in participating in conferences (18%), educational campaigns (18%) and rallies (15%) followed by cultural events (11%) and surveys (10%). The only significant difference between regions and states is that citizens from states are more likely to participate in conference than those from regions.

PACE asked the respondents if they think that the current political institutions in Myanmar guarantee certain important democratic principles: